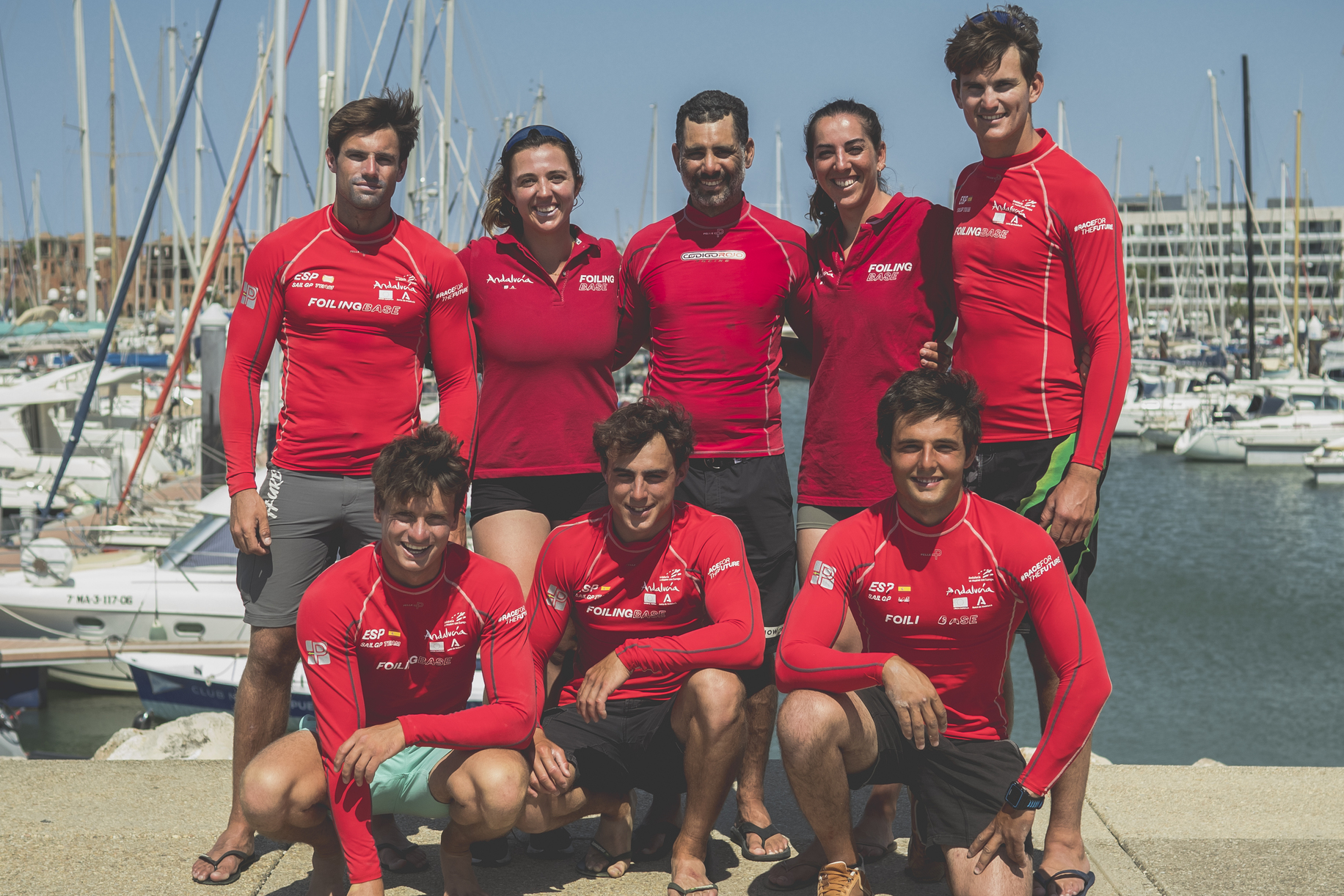 Posted at 07:59h in Sin categoría by PuertoSherry

Sail GP, which is preparing to dispute the third event of the season in Great Britain, organized a training in our complex with the promises of foiling.

One of the main purposes of this training has been to promote the SailGP Inspire program and the Women Pathway Program, aimed at spreading the foiling culture, while promoting the values of the sport among young people, especially among women.

Nora Brugman (who teams up with Jordi Xammar in the Olympic 470 mixed class and is Spanish 420 champion) and María Cantero (fifth in the World Championship in the Olympic 49er FX class in 2021 and one of the great promises of sailing in Spain) have joined this program, along with Paula Barceló (who joined the Spanish team as Strategist at the end of the second season and is also working to take on the role of Wing Trimmer under Florian), thus confirming its commitment to female talent.

One of the ideas of the Women Pathway Program is that each male crew member has a female counterpart and can teach her so that in the future a parallel women’s league can be developed, which we hope to enjoy in our marina soon.