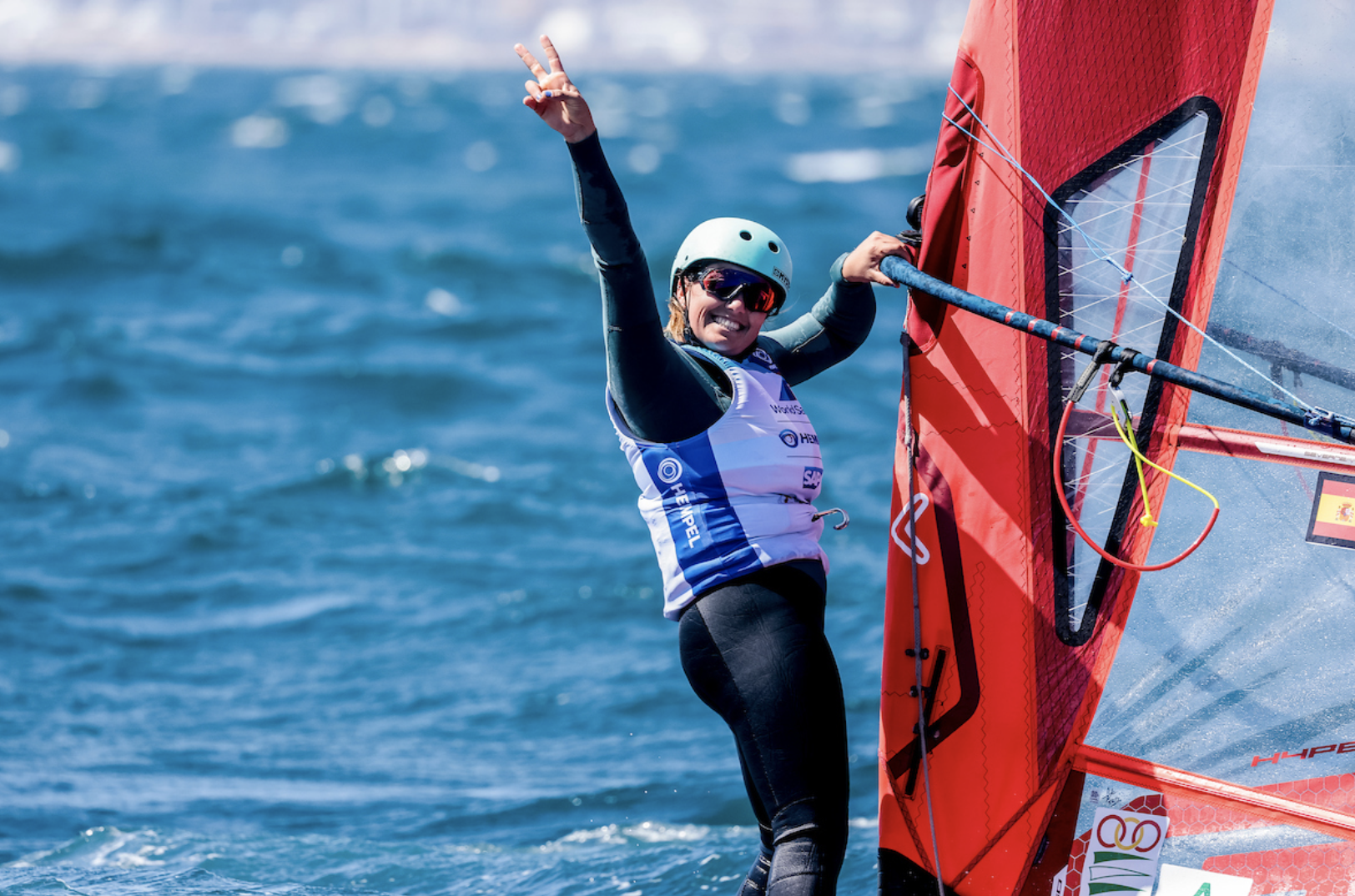 Posted at 14:54h in Sin categoría by PuertoSherry

Pilar Lamadrid takes the silver medal in the iQFOil Women’s class, beaten only by the European and World champion, the French Helene Noesmoen.

The 51st Trofeo Princesa Sofía Mallorca came to an end with an exciting final day in which the Bay of Palma once again reaffirmed its status as an excellent regatta course.

The debut of the iQFOiL in the Olympic race confirmed the spectacular nature of this new class of flying windsurfing. A debut in which Pilar Lamadrid from Seville (CN Puerto Sherry) presented her credentials to the glory of Paris 2024, signing a convincing second final position in the women’s iQFOiL Women category. She was only beaten by the 2021 World and European champion, the Frenchwoman Hélène Noesmoen. Poland’s Maia Dziarnowska finished third.

The Catalans Jordi Xammar and Nora Brugman won a well-deserved title in the debut of the 470 mixed category. The 470 Men bronze medallist at Tokyo 2020 and his new crew member rounded off an excellent week of competition with a fourth in the Medal Race, more than enough to become champions, with a lead of 17 points over the Italians Giacomo Ferrari/Bianca Caruso and 22 points over the third placed French team Kevin Peponnet/Aloise Retornaz. The Spanish tandem is now officially the world leader in the new 470 Mixed.

Fernando Lamadrid, after his recovery from COVID, got the 3rd position in the silver group, being his highest goal but due to the physical conditions he couldn’t achieve it. Even so, we are convinced that in mid-May in the competition to be held in Lago di Garda he will be at 100%.

Congratulations to all of you!